You probably have a favorite fast-food restaurant or a go-to meal wherever you go to get a quick bite. Well, traditional Serbian food is about to change all that. Once you try pljeskavica, you’ll forget all about burgers and other American treats.

We mentioned burgers because they are the most similar to pljeskavica but nowhere near as good as the Balkan delicacy. In fact, pljeskavica is essentially a Serbian burger patty made of real meat (unlike the one you’ll get in most fast food places) with some notable add-ons. Once you hear everything else that goes into it and how gurmanska pljeskavica is like a regular one on steroids, you’ll realize why we made all these promises.

If you want to open your world to a whole new level of flavor, check out our blog. We’ll explain what goes well with it and how to order the Serbian Burger. Try, and you won’t regret it.

The word “pljeskavica” can have two different meanings in the Serbian language. Firstly, it represents the ground meat patty by itself. This isn’t the fast-food version of the meal, and you can expect it to arrive like this in sit-down restaurants.

If your pljeskavica arrives on a plate, you will likely find ajvar or kajmak next to it. Those are traditional Serbian food condiments that pair perfectly with all types of meat. Usually, people will order a side salad to go with the meal. Most of the time, that salad will be onions or cabbage. Onions are more likely to be on the plate with the condiments since almost everybody asks for them.

However, if you order pljeskavica in a fast-food place, you’ll get a meal you eat with your hands, and that visually reminds you of a burger. Instead of the brioche bun that’s mostly used in American burgers, a pljeskavica recipe uses lepinja bread which is most similar to pitas you might’ve tried with Greek food. And, unlike the American version, when you order a Serbian burger, you get to choose the add-ons. Most places will have a variety of condiments, spices, and vegetables to pair with the patty and the bread.

The most popular ones include:

When ordering a pljeskavica, you name all the stuff you want to come inside your lepinja bun. So every time you place an order, you can try something different!

It’s All About the Patty 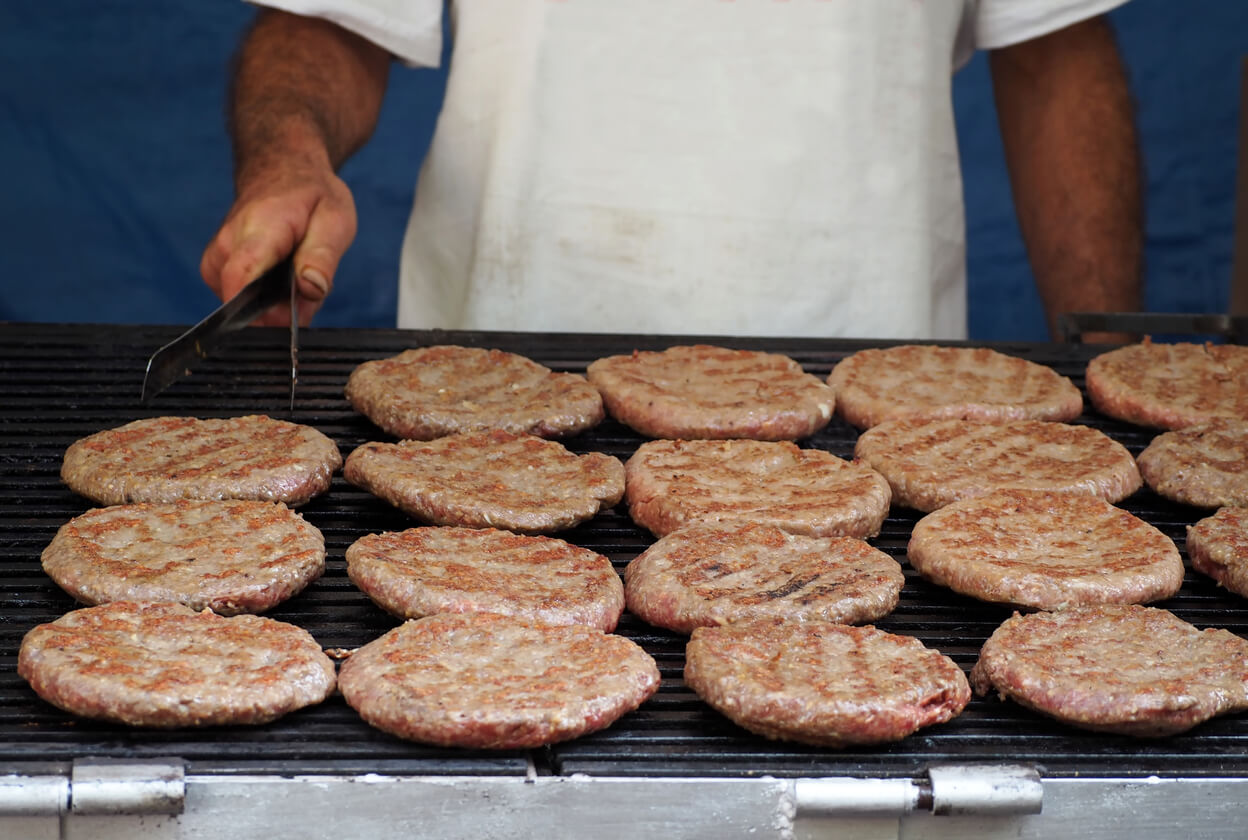 No matter how good the condiments or the bread is, in the end, it all comes down to the patty. The difference between regular fast food burgers and traditional Serbian food like pljeskavica is the quality of meat. Every pljeskavica you request will be grilled only when you order it and most likely in front of your eyes. So you’ll know everything is fresh.

On top of that, most restaurants use only meat and spices to make the patty. Usually, it’s a mixture of ground beef and pork, seasoned with only salt and pepper.

Gurmanska Pljeskavica Is Next Level Delicious

And, you still get to choose the condiments and the salad that goes in your bun.

Try making it at home, or visit Rakija Grill to try all the best Serbian cuisine has to offer.