If you’ve ever been to Serbia or planning to visit, one of the most important things you should always keep in mind is the significance of Rakija in Serbian culture. Rakija is considered to be the national drink of the vast majority of Balkan nations, with Serbia being the number one connoisseur of this heavenly drink. While it’s somewhat notorious for its relatively high alcohol content, a shot of Rakija in the morning has been a part of the Serbian culture for centuries.

One of the things many tourists get baffled with is the existence of various rituals behind drinking a glass of Rakija. You cannot just drink it like a shot of tequila or Jagermeister and call it a day. There are distinct protocols you ought to follow if you want to avoid weird looks, and more importantly – if you want to avoid insulting your host (they won’t actually get offended but they won’t be thrilled either).

So, are you willing to get familiar with the tradition behind drinking Serbian rakija and score a couple of bonus points with your host or Serbian friends? Take a moment to check out some of the stuff we’ve covered in this article, and you’ll be a pro rakija drinker in no time.

It’s a good idea to go through the basics of rakija before you actually dive into the real deal because it really is a unique adventure. Rakija is a fruit brandy native to the Balkan peninsula, and you will find it everywhere, from drink menus to supermarket shelves and in almost every home.

The most popular variation of rakija is “sljivovica”, in other words – rakija made of plum. With that being said, there are countless variations, and some people will go as far as to make rakija from bananas, nuts, and exotic fruit. 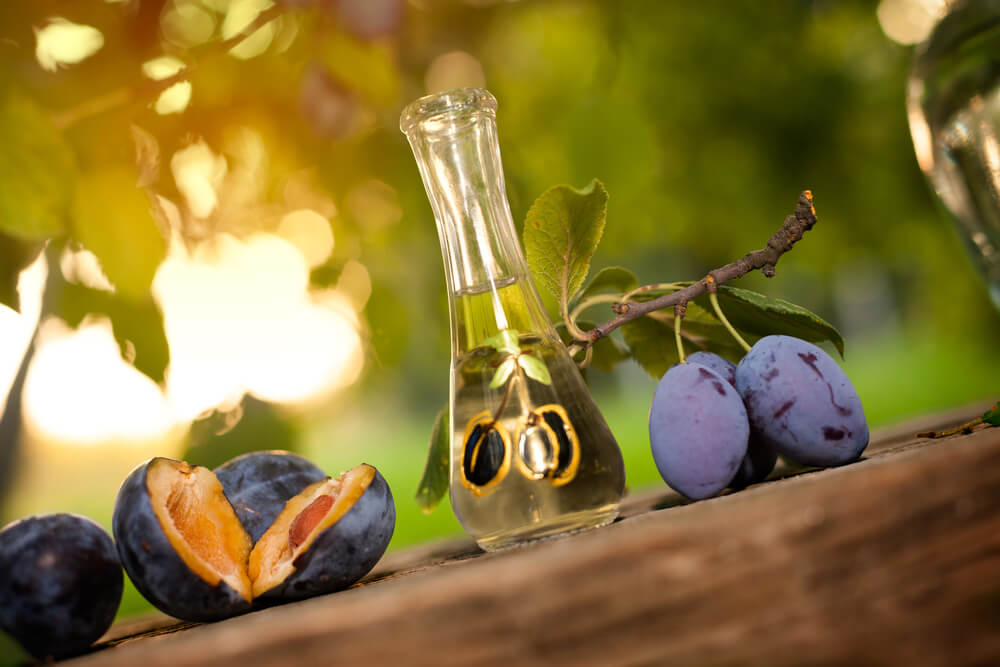 How to Drink Rakija?

Now that you’re familiar with the basics, it’s time to learn a thing or two about the unwritten rules of drinking rakija like a true local. These “rules” highly depend on the region, but some of them are universal, and you are expected to at least have a vague idea of them if you want to make the best of your visit to Serbia.

This is probably the most important rule you will have to follow. The idea is pretty simple – always make eye contact during a toast, that’s it! While it’s not hard to follow this rule, many people simply forget about it, risking dire consequences. Breaking (or not making) eye contact when first toasting is a massive sign of disrespect, and it is taken quite seriously in Serbia. Fortunately, you will be forgiven the first time under the assumption that you simply didn’t know about that rule, but you will be expected to follow it once you learn about it.

Rakija is not tequila, and you should never drink a small glass of rakija in one go. Instead, you are expected to enjoy its rich taste in a few sips. Given that the alcohol content is quite high, it’s a good idea not to rush with the drinking anyway.

Homemade Serbian alcohol typically tends to be of superior quality in comparison to commercially produced drinks. Therefore, we highly recommend that you stick with the homemade rakija if you can, or buy the absolute top-quality rakija in the store. Rakija of subpar quality will induce a nasty hangover whereas premium-quality stuff won’t.

Have you tried rakija? How was your experience? Let us know by leaving a comment! If you’d like to know more about Balkans, Serbian cuisine, and other interesting subjects – read some of our other articles!