So, you’ve never tried cevapi in your life so far? Well, you’re up for quite a flavorful surprise. We won’t bother you with the history and the origins of the meal. All you need to know is that if you are in the Balkan area, or have friends that are Serbian or Bosnian, you can ask them to make cevapi for you. Or, google cevapi near me and try them at a restaurant. Or you can simply come to our place.

If there are no other options but to prepare the meal yourself, we’re here to help you out and answer the most important questions. How to make cevapi? What is kajmak? Are there different ways to cook cevapi?

We’ll remove all of those question marks from your head. Read on, and learn how to make cevapi in a few variations.

How to Make Cevapi at Home

There are different ways to prepare cevapi, pronounced as chae-vap-ee, but the general rule is that you take minced meat and prepare it in short rolls. The length varies, but it’s usually anywhere from five to ten centimeters.

Though there may be modifications to the recipe, a few things stay the same. If you want to learn how to make cevapi, start by getting some ground meat. Depending on the region, cevapi can be made from a mixture of beef and pork, most often in Serbia, and beef and lamb, how they make it in Sarajevo and the rest of Bosnia.

The ratio is usually 3:1 with beef dominating. So, choose the preferred option, and let’s get started.

When it comes to the rest of the recipe, you have to decide what type to go for. You can season the meat with salt, pepper, and garlic. Some people add chopped onions and ground peppers to the mix. Others prefer their cevapi a bit simpler. Once you have the meat ready, throw it on the grill and you’re good to go. Take a look at how different areas in the Balkans put their recipe together, and see what you like the most.

If you’re in the Miami area and thinking to yourself, I need to find some cevapi near me, come visit us at Rakija Grill for some delicious homemade cevapi! 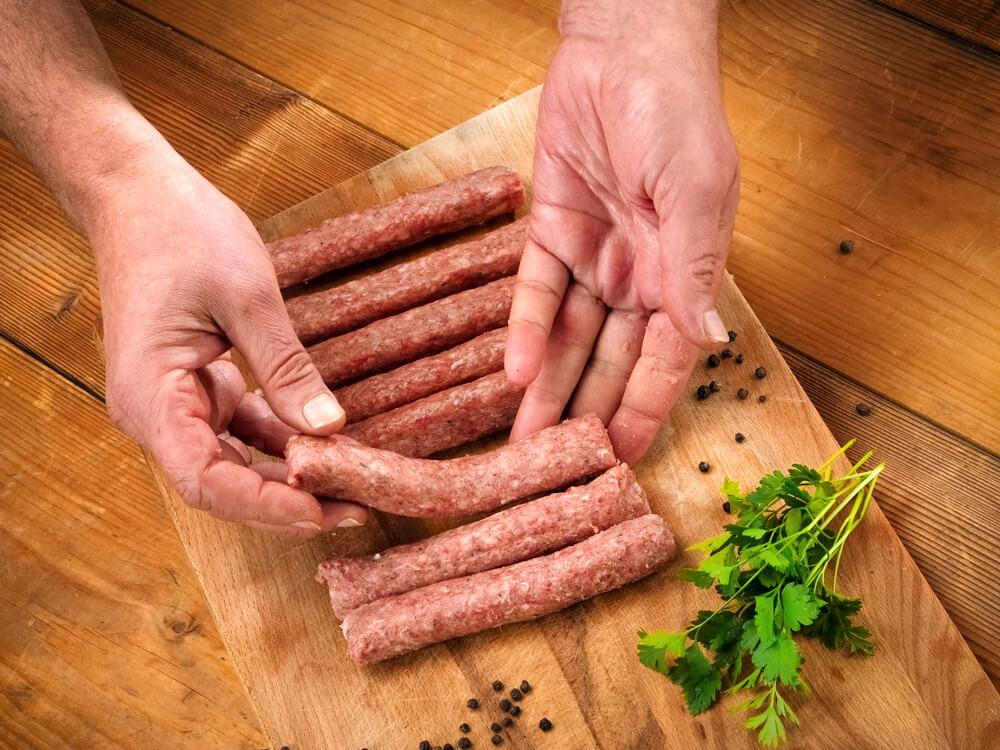 Banjalucki Cevapi Are Unique in Shape

Banjaluka is the capital of the Republic of Srpska. People from this area have found different ways to cook cevapi. So, Banjalucki cevapi, named after the city of origin, come in 4 at a time.

Instead of every piece being separate, in Banjaluka, they put 4 rolls together and grill them like that. 3 or 4 of those big pieces come in a portion.

Usually, cevapi are served with kajmak and onions, but it isn’t surprising for Serbian people to offer some other condiments and salads as well. But, what is kajmak? It’s a special type of unripened cheese that Serbs pair with meat every time they get a chance. It’s a bit similar to cream cheese but with a more intense taste. You’ll have to try it if you really want the answer to the “what is kajmak” question.

Sarajevski Cevapi Are the Most Famous

Sarajevo as a city, and Bosnia and Herzegovina as a country, are famous for two meals. Sarajevski cevapi and burek. Sarajevski cevapi have a special taste you can’t get anywhere else in the world. The legend says that the secret to the recipe is that it only has two ingredients – Meat and salt.

The meat is a mixture of beef and lamb, which gives it an unmatched aroma that pork cevapi don’t get. What else do they do to make it so delicious, no one knows but the cooks themselves.

Where Can I Find Cevapi Near Me?

If you are in the Miami area and would like to taste cevapi, head on to Rakija Grill. We prepare them like you’re in the heart of Serbia and once you try them, you’ll be hooked. We guarantee.